HISTORY OF THE RADIESTHESIA AND THE LECHER ANTENNA

For centuries, people have been using bioenergetic tracing instruments, for example to trace water sources or ores and other mineral resources, or to find the best place to build a house or church, for example. The divining rod is mentioned in several Chinese and Egyptian writings, and the dowsing rod was also a well-known detection tool among the Medes, Persians, Arabs, Greeks and Romans. In 1556 ‘De Re Metallica’ was published, the oldest standard work for Western mining and metallurgy, which mentions the use of the dowsing rod for the exploration of ore.

In the early 20’s e century, the French clergyman Abbé Bouly introduced the term Radiesthesia for the use of bioenergetic instruments such as the pendulum and dowsing rod.

Radiesthesia is a combination of the Latin radius (ray) and the Greek aesthanomai (perceiving): in other words, Radiesthesia is the perception of rays and the ability of man to do so.

Due to his ability to locate water sources, mines and bombs with a dowsing rod and shuttle, Abbé Bouly was a well-known figure in France during the period around the First World War. In collaboration with doctors and hospitals, he also conducted radiestethical research on bacteria.

With the help of his pendulum he was able to identify strains of bacteria in medical preparations, the correctness of which was confirmed by microscopic examination. Abbé Bouly explained the effect on the basis of the existence of subtle radiations, which are emitted by both inanimate and living objects and which cause the retained dowsing rod or pendulum to swing. In his world of experience all matter radiated and on the basis of these radiations he called his field dowsing.

Perhaps the Austrian physicist Professor Ernst Lecher (1856-1926) could be called a zeitgeist related to Abbé Bouly? While Abbé Bouly, as a spiritually gifted person, could perceive radiation himself, with the aid of his pendulum and dowsing rod, Ernst Lecher, as a prominent physicist, was nevertheless very scientific.

He has at the end of the 19 e century discovered how the wavelengths and frequencies of electromagnetic waves can be measured using the so-called ‘parallel wires of Lecher’. He discovered that electromagnetic waves can propagate between these two parallel wires. Ernst Lecher was the namesake of the Ernst Lecher Institute; the current Max Planck institute.

A Lecher line is an arrangement of two parallel conductors for investigating resonance and measuring the wavelength of high-frequency electrical signals.

The Lecher line consists of two parallel conductive wires or rods, connected on one side to a high-frequency voltage source and shorted on the other side. A standing wave forms on the line at the frequency of the power source. With sufficient power from the power source, bellies and knots of the voltage and current on the line can be detected with a light bulb or a glow lamp.

For adaptation to different frequencies, a sliding short circuit is provided on both conductors.

A more recent application to explain the principle of the lecher line is a coax cable that carries TV signals from antenna, dish, or cable connection to the TV.

Such a coax cable consists of a conductive copper wire (D) surrounded by a thick layer of plastic (C) and with a conductive sleeve around it again (B) – usually a kind of copper wire stocking – and around it an insulating protective layer (A). The electromagnetic waves of the TV signal move very quickly in the cylindrical space between the conductors.

Building on the findings of Ernst Lecher, the German physicist Reinhard Schneider (1925-2001) designed the Lecher antenna just after the Second World War. He was particularly interested in detecting disruptive or geopathic loads and radiations using the Lecher antenna.

Walter Kunnen (1921 – 2011), the Belgian researcher and living biologist, has investigated the influence of biodynamic energy on living cells using the Lecher antenna.

He has linked the perceived signals at different grip lengths of the Lecher antenna and the biological functions of the human and animal organs. He was able to demonstrate that cells, tissues, organs, etc. all vibrate at their own vibration frequency. He has also been able to demonstrate that the geodynamic networks are multi-dimensional and that they show impressions on a body of man, animal or plant – both internal and external – in the form of a spatial image. He has conducted his research in consultation with experts and colleagues from different countries in Europe and has been widely followed in his view.

Over the past 30 years, many frequencies have been mapped out with the help of a whole team of veterinarians, doctors, therapists and residential biologists. More than 3500 frequencies of the body and pathogenic loads are now measurable. This allows very detailed research using the Lecher antenna.

The Lecher antenna is an instrument with which subtle radiation and energetic fields can be registered, which are not perceptible to most people. The energy around us can therefore be tested. No occult, supernatural or psychic abilities are required for this. It is well known that tiny electrical currents run across our skin (ECG, EEG) and that magnetic fields disturb sensitive equipment and health is also known.

Although historically you can say that the Lecher antenna is derived from the dowsing rod, as a bioenergetic measuring instrument it has much more possibilities and refinement compared to the traditional dowsing rod. 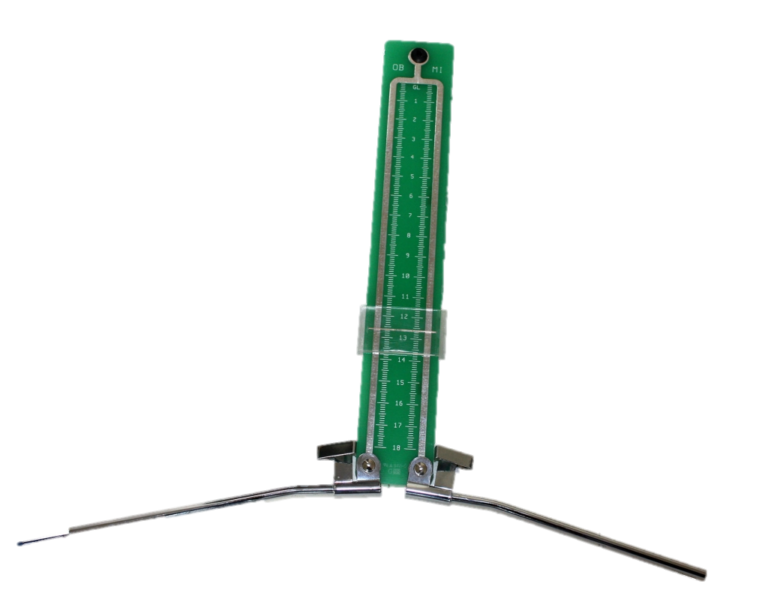