The dog Tess is patient of the month December 2019. In May 2017, the then 4-year-old Tess came for a vet consultation witrh Elske Buijs .

When she was 10 months old she was bitten by a tick. Of course the tick was removed, but then the complaints started.
Her head was very swollen, but luckily this could be controlled with medication.
As a 2 year old, Tess also fell down the stairs. Here she is left with ED (elbow dysplasia) and eventually a fusion of the cervical vertebrae.

Summer 2016 Tess was with her owner in Italy and she became very lame there. Back in the Netherlands, investigations started. Photos, blood tests for Lyme and Leishmania, among others, and even a CT scan were made. Tess was given painkillers and prednoral (which made her completely bald) and her owner also had acupuncture and chiropractic practice elsewhere. Unfortunately none of this was enough. There was nothing else that could be done about it regularly.

When Elske first saw Tess she was also left back crippled and extremely stiff. Elske: “I felt her joints crack under my hands.” 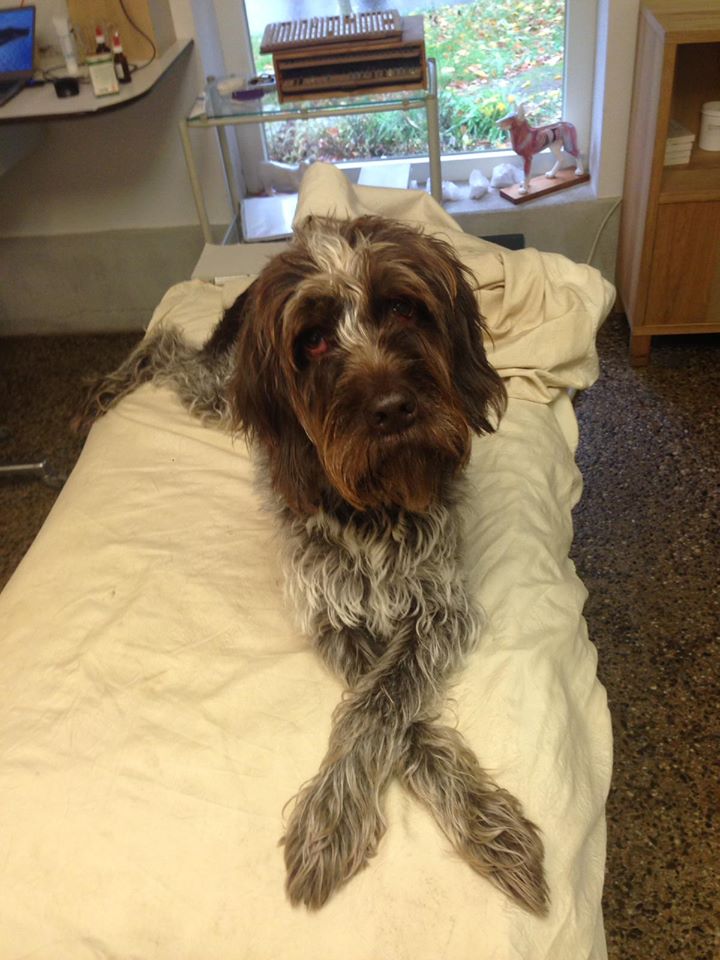 The measurements nevertheless revealed Lyme disease, even though it was no longer visible in previous blood tests. Lyme disease can often no longer be found in the blood, but it can be dormant in the body and cause complaints.

A treatment program was started. Tess soon suffered from a significant initial deterioration, which resulted in even worse movement and she also limped in other legs. Unfortunately she also got gastrointestinal complaints from the Lyme drugs. The owner of Tess and Elske kept in close contact to monitor this and possibly adjust things.
A difficult period for both the animal and the owner.

After almost a month, the first positive news arrived. Her stomach and intestines were calm again and she was walking a lot better. She was even running again and she started to play carefully again.
Unfortunately, Lyme did not resolve just like that and Tess had a few serious relapses in the past 2 years. For example, after the medication/supplements had been phased out. She had an autoimmune reaction in her chewing muscles, which can also be caused by Lyme disease.

Another tick bite also caused a relapse in her joints. Fortunately, we were much faster this time and these relapses were short-lived.

The regular painkillers could be slowly reduced to a minimum dose and eventually even stopped. Now after more than 2 years we finally dare to say: Tess is doing well! However, with the daily support from our drops and some supplements, because stopping immediately results in complaints and a relapse.

However, with the daily support from our drops and some supplements, because stopping immediately results in complaints and a relapse.

The videos below, made by her owner, speak for themselves. She no longer runs in pace and looks really smooth.