Patient of the Month - Pharaoh

This month’s patient is Pharaoh, a very nice Pug.

In July 2018 Pharaoh was treated by our veterinarian Aleid Hillebrand . She tells us what his, sometimes somewhat complicated, treatment process looked like.

“The first consultation with Pharaoh was in July 2018. A nice Pug of then 8.5 years old, but with annoying complaints, heartburn and many“ leaks from the mouth ”.

When he is leaking, he drools a lot, burps, licks the air a lot and smells from his mouth. Not pleasant for both Pharaoh and his owners, mainly because it is regular

happens at night and it wakes them up.

Many examinations and treatments had already taken place in the previous year, but unfortunately these had not really helped.

The teeth had been cleaned well, an ultrasound had been made and even a gastric scan had been performed. This would show an irritation in the stomach and Pharaoh would make too much stomach acid, so he was given antacids.

Several varieties have been tried, but nothing seemed to work. There was also no clear pattern that caused him to have the “leak attacks”.

To begin with, I started to treat his Wood and Earth element, they were very out of balance and that seemed to help. The leakage decreased, but returned after a few weeks.

There were some additional things for which he was also treated with a combination of acupuncture, sound and the means of frequency.

For the past year and a half I have treated Pharaoh every few months. In general, Pharaoh felt good, felt good about himself, was cheerful and had also become more friendly to other dogs, but he still had the “puncture attacks”.

It was less, but we couldn’t get it completely gone. It was clearly not related to anything, not to stress or to the food he was fed. 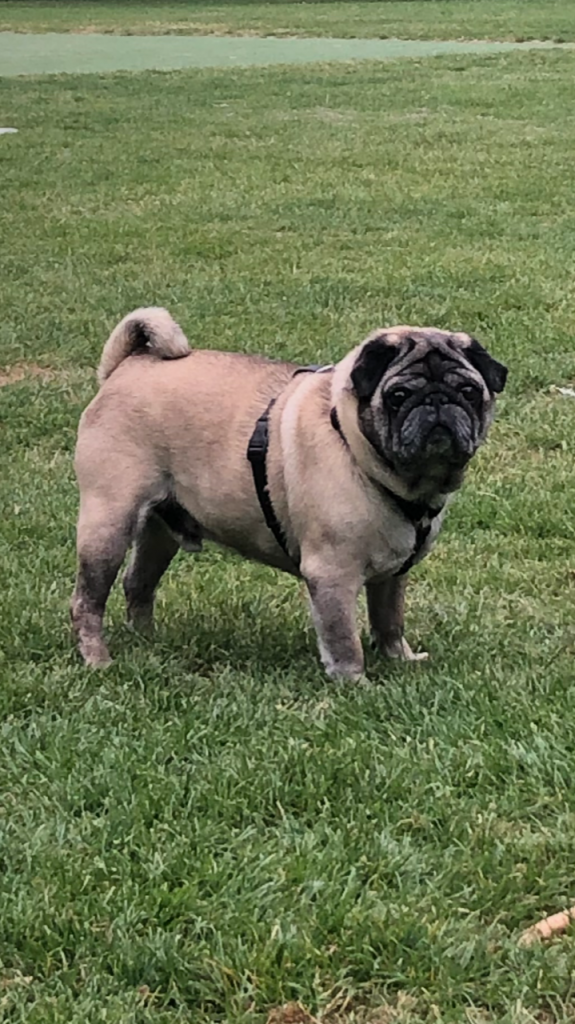 At the beginning of this year, he started to smell more from his mouth again, so the owners decided in consultation to have an X-ray taken again. We wanted to see if there were any abnormalities in his stomach and esophagus. There was some gas in the stomach, which raised the question of whether the stomach valve is closing properly. Subsequently, a gastric scan was done and fortunately there were no abnormalities of the stomach and esophagus themselves, which looked perfect. Fortunately, but what causes the “leak attacks” every time?

As a young dog, Pharaoh had also had a kind of precancerous stage of epilepsy in which he did not respond for about 5 minutes, but he could still stand. He has never been treated for that because it was only very light and it was not very clear what exactly it was. He hadn’t had this for years now.

The internist who had done the endoscopy, however, said that there is a rare form of epilepsy in dogs, in which they salivate and drool a lot. The treatment for this is the same medication as for dogs with “normal” epilepsy. It was unclear whether Pharaoh would have to take that medication for the rest of his life.

I suggested to the owners of Pharaoh to make frequent drops of the medication to see if that would work. After all, Pharaoh is a very sensitive dog and if he does not need this heavy medication, then preferably not natural.

We started this 5 weeks ago and since then he has had 2 more “leak attacks” in the beginning, but not after that!

He seems happier and as if he has gained more peace in his body. He sleeps better and so do his owners. He even shows behavior again, which he did as a puppy.

To see if we can also reduce the smell from the mouth, we have now also made frequency drops of the medication to make the stomach valve function better. The regular medication was bothering Pharaoh and moreover did not seem to really help. So we are going to see if it can mean something for him in this way.

All in all quite a bit of puzzling, but fortunately Pharaoh is heading in the right direction and that is the most important thing! ”