Patient of the Month - Goofy

This month’s patient is Goofy, a male dog of almost 1.5 years old.

In June of this year, Goofy’s owner contacted us because she had a dilemma. Goofy had a lot of problems with his hormones and got in the way of himself.

A lot of green drops came from his penis, he was very restless while walking.

In addition, his penis shanks a lot and then he does not get it back, causing him to scream. As soon as Goofy saw another dog, he ducked on top to ride them.

Obviously, this clashes with many dogs. He seems to find this very annoying himself, but then just does it again.

Goofy’s owner was advised to neuter him, but because Goofy is quite insecure, she has great doubts. She had been giving him PUUR Hypersex for a while and that seemed to help at first, but after the gap week (which is advised on the packaging) they were back to square one. 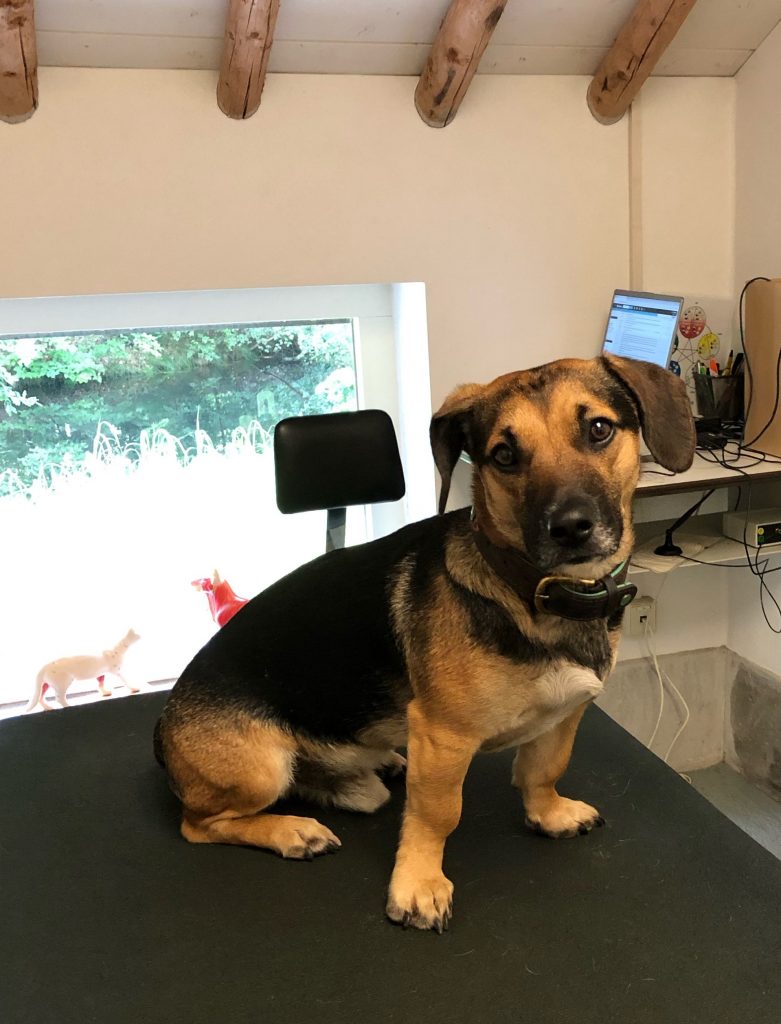 She takes us along in the treatment of this adolescent boy.

“After measuring Goofy with the Lecher antenna, two things came up explicitly. The hormonal imbalance was clear, but it was also clear from the story. Because of this Goofy could not stay in his own ‘base’, grounding was very difficult for him.

In addition, an imbalance in his supply energy emerged.

I have treated Goofy with acupuncture and sound therapy, both specifically targeting the liver (energy) and grounding. In addition, Goofy has been given drops to support his liver energy, in this case PUUR Hepato, to which I have also added extra frequencies to support even more targeted. We also continued with PUUR Hypersex and he received drops to put him back in his ‘base’.

After 4 weeks, Goofy came for a check-up and his behavior had completely changed! He no longer rides other dogs and can just play with them again. The enormous improvements were also visible in the measurements. ”